Open Scene Editor and set the scene unit in Metric.

If you want to make the grid more lighter or darker, go to File —> User Preferences —> Themes —> 3D View. 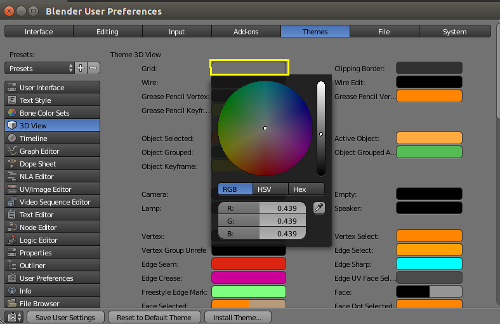 There is no automatic wall model in blender 3d except you use Archimesh addon. In this tutorial, we will build a wall manually. Somehow, I like this way than use an addon.

Create a cube object and delete 5 faces until you only have 1 face left.

I want the wall to have 4m heights. So i change the Z value. 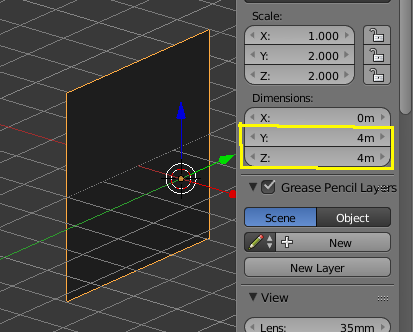 Move the plane 2m by Z Axis, so the bottom edge sit on base grid.

By the way, I have change the length of the original wall to 6m. Now, I want to make another 5m wall on X Axis. I’ll approach with select the Edge first, Extrude, press X, and press 5. Done.

Basically, you only have to repeat this process everytime you make a new wall. Using value below, go create new walls. 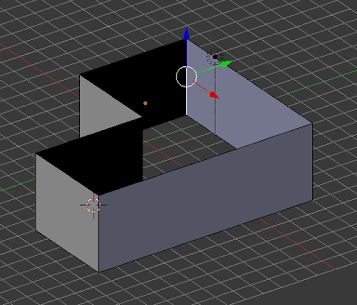 From this method, there is a possible you make doubles vertices. Remove them by select all (A) and click Remove Doubles button.

Just like Sketchup, blender 3d also have a Protractor feature that measure the distance and angle. But first, back to object mode.

On Grease Pencil tab, click on Ruler/Protactor. Pay attention to help shortcut on bottom panel. To make sure the distance is right, press Ctrl + Drag from one wall —> Shift + Drag to another wall.

Press Escape to make all the protractor dissapear.

To add some thickness on our wall, we can use Solidify modifier. But, before we add it, we have to remove the transformation pattern first. Ctrl + A —> Rotation & Scale.

Now, go to add Solidify modifier with the details below: 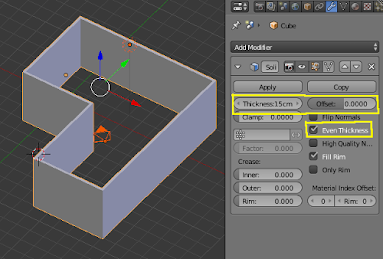 What if you want to add another new wall again. Don’t use only the Extrude command, because your new wall won’t have thickness.

Select the edge, duplicate it (Shift + D), press Extrude (E), and drag it to next position. 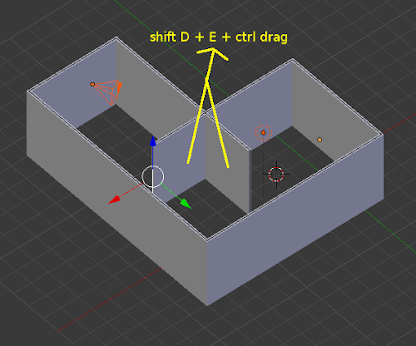 That’s it!. It’s more easy if you have the home plan layout as a references picture. Don’t forget to subscribe and join this blog because next tutorial we will make a hole for window and door.