I found this beautiful short animation film, Thought of You by Ryan Woodward 5 years ago. I think someone submit it to StumbleUpon website. And now I want to feature this forever beautiful artwork, so some of you who probably haven’t seen it, will enjoy it as well. You’re welcome, by the way :). Though my background is architectural visualization, I like to drawing on my spare time and watching animation film. So when I watch Thought of You, I’m completely in awe.

I studied it frame by frame, analyze the shape & movement, and learn from it. There’s no much improvement from my side hahaha, but I will be forever inspired and moved by this masterpiece.

Traditional animation is Ryan’s passion since he was a kid. It’s not a mathematical algorithm. There’s a live to it. After working on well known film production, you can check his work here, Ryan decide to do something unique and different. Thought of You started when Ryan on a plane and listening to World Spins Madly On by The Weepies and feel connecting to those lyrics that the world madly spin and thinking about his family. He act on it and decide the project having a dance background because his children love to dance.

A choreographer, Kori Wakamatsu joined in. Kori and the dancers are fully invested to create a choreography based on what inspire the project from Ryan’s story. As Ryan watches the dance rehearsal, visions and ideas came to his mind, what he want to do as far as the animation goes. Even with his experience in the field, he still think this personal project is a big task.

Ryan and the choreography team nailed it, though!. It’s just beautiful piece to watch and I’m sure it moved people emotionally. Hopefully, Ryan make another project like this in the near future. 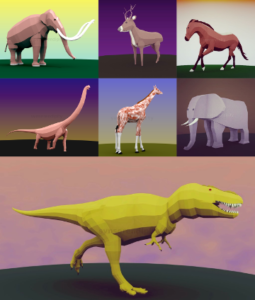